This Friday, October 12, for the two classes in Grenoble, the time came for the shoot with José Garcia.

We started with the children of the Bizanet school who welcomed him with the cine-danse. Once the principle of the exercise has been explained, the actor trained with them. Then the discussions began and the children told him about the work already done as well as the principle of the film, which allowed for an exchange of points of view between José and the class. We also made a presentation of the students with their origins in front of the camera, to which José lent himself with amusement.

In the afternoon, we met the children from the Premol Childhood Center at the Craterre laboratory with Alba and Nathalie. The children had already come to Craterre for scouting. They were able to make José Garcia discover what they had learned during their first visit, showed him different experiences to end up on a clay brick making workshop all together. The actor was impressed with the children's knowledge from Alba and Nathalie's ability to pass on with passion.

Back at the Children's Center, José attended the “cup song” demonstration initiated by Inès. The children were able to ask the prepared questions to the actor. Before his departure, we invited the parents to a tea party during which they could chat with José.

We are all very happy with this day which was a real success and a magnificent moment.

The scenes are to be discovered in "Seeds of hope".

To see the photos:

-> José Garcia with the children of the Bizanet school

-> José Garcia with the children of the Premol Childhood Center 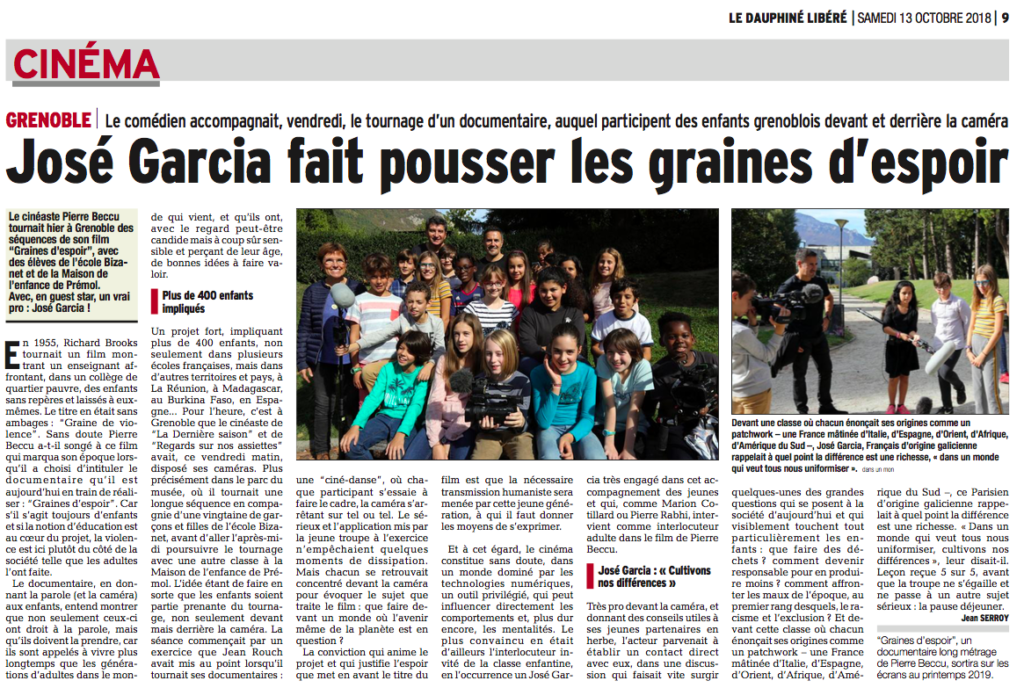