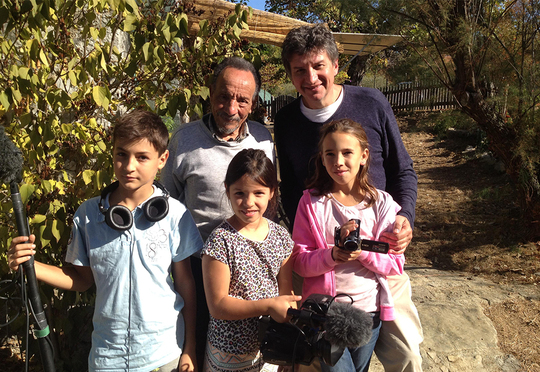 With the participation of
Roukiata Ouedraogo and Pierre Rabhi

Support young people aged 10 to 25 in reflecting on the challenges of the future by offering them the opportunity to be the authors of the stories themselves. Trained and supervised by professionals, they seize the cameras and microphones and tell about the innovative initiatives encountered in their territory, while carrying out actions in the field.

This ambitious project brings together, without casting, according to the meetings, the youth from 4 countries and 8 territories coming from the north and the south of the planet, from rural and urban areas. Exchanges and experiences between the different territories are carried out to understand the diversities and convergences of each other, with the aim of creating a universal consciousness.

How do we relate to our youth, here and now? How can children and young people remain authors and actors of their lives? In all circumstances, in all conditions?

Author and director of several films released in theaters, as well as around thirty documentaries for television, Pierre Beccu has been working in parallel since 1997 with cinema programs with the younger generations, for a new artistic and civic commitment. In the method now supported by the association "6labs - children mediators", everything starts from a strong perception of nature and the surrounding environment to go towards the story via cinematographic language and digital tools. Confident in their creative power, children and young people become authors and actors of the present world and of the future to be built, and consequently prescribers and mediators for the adults around them.

The health - equity - sustainability triptych emanates from numerous preparatory discussions with young people. The stories evoke the relationship in a concrete way:

and offer the technological challenge (camera, computer) as an active personal adventure to become an author and actor in one's own life and in the world to be built. 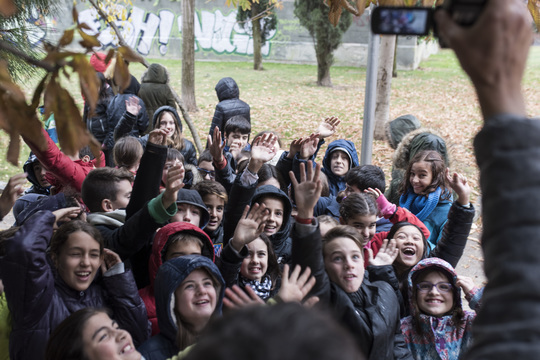 At the beginning, there is a return to the first contact with nature, to perceive, feel and think for oneself. Then comes the creation of a common narrative. Young people and children are made aware of and trained in the camera, sound and editing. The immense desire to make a film gives way to the rigor of reflection, of the exchange, to the richness of the project to be carried out together. Young people invite all generations and all sectors of civilian life to participate, to contribute knowledge, know-how or concrete experiences. Children feel, think, develop, create. They plant, harvest, knead the leaven of the future, design and manufacture the tools of the transition and construct the stories. 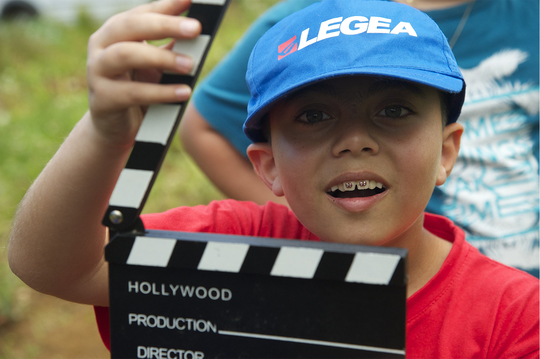 The common thread recounts the discussions, the tests, the locations, the hesitations and connects through an OFF voice. There is no interview asked. All those who speak up are at the same time helping out.

The images filmed by the young people themselves mingle with those of the making of, produced by the professional team, to clearly show the manufacturing process. The challenges of today's world are posed through the eyes of young people in all their diversity.

Brought together by the editing, the 332 young directors address their families, schools, institutions, illustrious witnesses, nations, to ask them to also sow the seeds of hope.

The fact of associating art cinematographic, the transmedia and the creativity of the citizen youth makes it possible to directly impact mentalities and behaviors. Pierre Beccu's desire is to address the General Public resolutely, well beyond converts and initiates, by highlighting the territories and their ability to meet challenges.

With the participation of ...

Roukiata Ouedraogo, author and actress, says the voice OFF of the film. She participated in the filming in her native country, Burkina Faso, and with the Première ASSP 4 of the Louise Michel de Champigny high school.

Pierre Rabhi, French farmer, writer and thinker, has been following the project from the start, through the children of “the children's farm” in Ardèche.

As a sponsor of the Akuo Foundation, partner of the project, the actor Jose garcia got involved with us in the launch of the project. He participated in the filming of the teaser and visited us on the set.

The groups of children concerned

There was no “casting”. We work with these groups of children because we have met the teachers or animators who supervise them and they were sensitive to our approach. For some groups, exchanges with another territory or another country had already been established and we were able to extend the areas of action of the project. 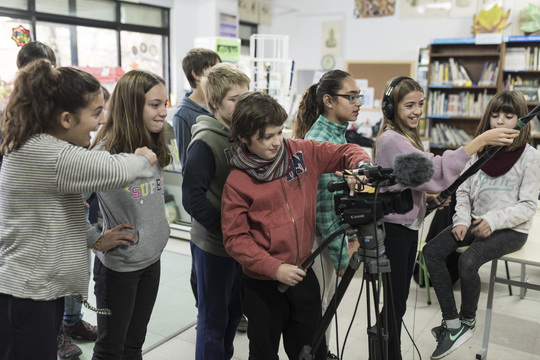 We worked with the territory of Reunion Island on our last film released in theaters in 2015 "Glances on our plates". It was on this occasion that we met the teachers of the classes of the elementary school of Petite Ile and the high schools. The pupils saw the film and then began to work and reflect on food and their territory. The teacher at the agricultural high school of Saint-Paul told us about the regular exchanges that the establishment maintains with the CRFPA in Madagascar. He put us in touch with the founder of the Village of Joy, which educates and supports 300 children.

The exchange with Burkina Faso was proposed by the City of Grenoble which put us in touch with the Tetraktys association, based in Grenoble, an NGO which works for the harmonious development of territories around the world and carries out several actions in this country. A chance for the children of Grenoble and those of Ouagadougou to be able to discuss among themselves the development capacities of their respective territories.

At a time of significant democratization of media and access to flows, transmedia content is struggling to offer new content and effective educational tools on the theme of the necessary ecological and humanist transition. Sensitive audiences are difficult to reach when it comes to food, health, sustainable development and citizenship.

The challenge is taken up by the youth themselves, who have the capacity to move the lines, accelerate the change of mentalities and behaviors, and encourage the passage to the act. We have decided not to address ourselves to citizens to convince or educate them, but to offer the challenge of being sensitized and convinced by young people. For us, they are not a target, but creators of resources and mediators. 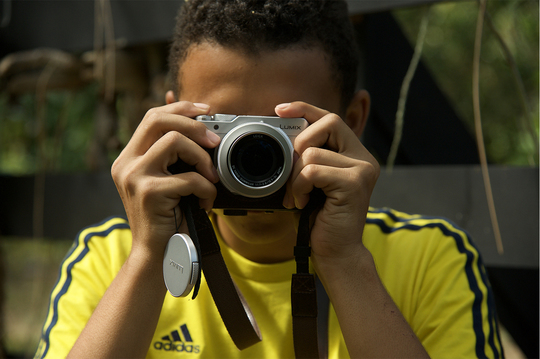 As an extension of the feature film, we propose to create educational tools, with education professionals, accessible to all, young and old, to be able to create and share short or long stories from citizens.

The tutorials composed for the making of the film “Seeds of Hope” will be used and adapted for the platform.

The association of transmedia, the creativity of young citizens and cinematographic art makes it possible to directly impact mentalities and behaviors: 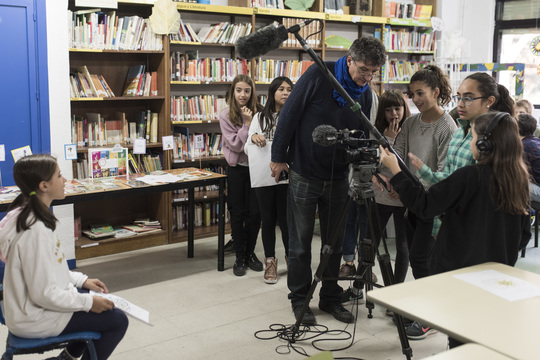 The stages of the project:

Setting up the device

Work with youth begins with a phase of training to the cinema professions but also a phase of sensitization to be able to perceive and feel the territory in all its cultural diversity and translate its stories by modern means of digitization. We have created tutorials to help students and supervisors, on whom they can rely throughout the project. 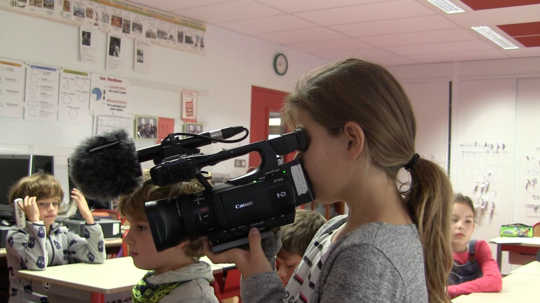 2 / Locating, documentation, discussions at home, the investigation is taking shape

Exchanges outside of collective working hours are necessary for the collection of information. It is by discussing with those around them that young people will discover initiatives to promote. 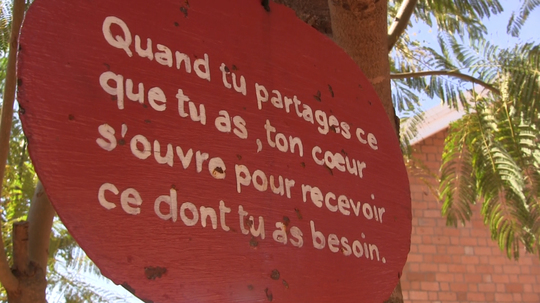 In parallel with the work of locating and documenting, the young people will get to know children from other territories. This is an opportunity for them to talk about the research already carried out. They draw inspiration from each other to dig and deepen their investigations.

Each child is trained and made aware of the cinema professions. Each student practices shooting, sound, editing in initiation mode. Then, gradually, the students specialize by competence affinity vis-à-vis the project. 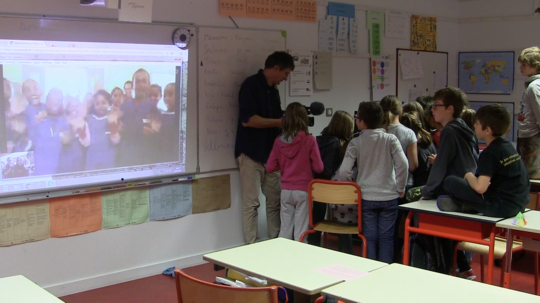 4 / Remote work, writing, validation of the writing by a synopsis and a pre-charter uniting us between territories

The writing work is complementary to the scouting and research work. It is a summary for each territory allowing to know the progress of the work for each one and also to know what is the nature of each identified initiative. 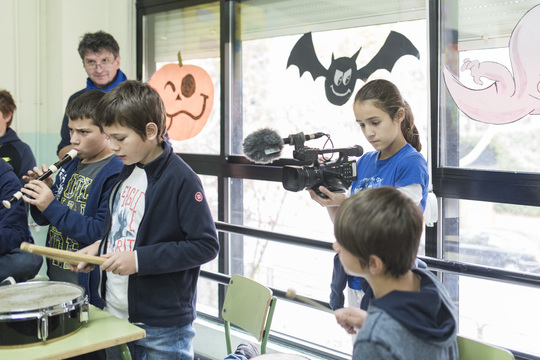 When the shooting starts, the professional teams are present to shoot the film in the process of being done with the children. 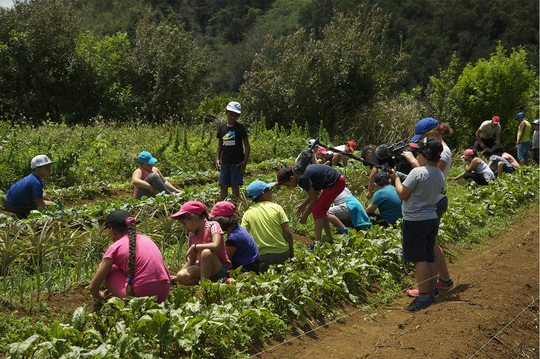